Two comedy legends will come together on stage for two nights at the Niagara Falls Fallsview Casino in April 2014.

The entertainment will include singing, music, film clips, zinger one liners, as well as an interview-format conversation.

“It’s a huge opportunity to bring two of the biggest names in comedy to our stage. Their unique style of comedy connects with audiences of all ages, and their natural tact for entertaining is a great extension of our brand experience.” 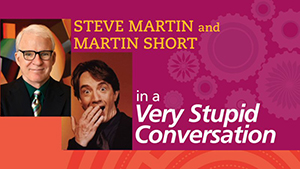 All-time favourite funnymen Steve Martin and Martin Short bring their award-winning blend of humour to Fallsview. With witty banter, signature stand-up and impromptu hilarious musical numbers, Martin and Short discuss, in their own unique way, their experiences in show biz.

The Fallsview Casino April Live Entertainment also includes a couple of concerts by some well-known musicians. 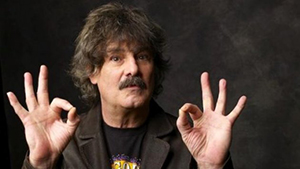 Described as Canadian rock royalty, former lead singer of The Guess Who, Burton Cummings, performs his renowned hit singles such as “These Eyes”, “American Woman”, “Clap For The Wolfman”, “Stand Tall”, “Break It To Them Gently” and “You Saved My Soul”.

The Southern California-based, multi-platinum pop rock band Sugar Ray is known for their infectious summer singles of the late ’90s including “Fly”, “When It’s Over”, “Someday”, “Falls Apart” and “Every Morning”.

You can buy tickets to any of the Casino’s April shows beginning at noon on Friday, January 10 at the Fallsview Casino Box Office (on any show date). You can also buy tickets through Ticketmaster by calling 1-877-833-3110 or visit www.ticketmaster.ca. 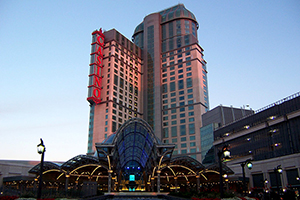 Built on a cliff overlooking the world-famous Horseshoe Falls, Fallsview Casino Resort is the largest and most elegant gaming resort facility in Canada and the crown jewel in Niagara’s stunning array of wonders.

It features a casino with over 3,000 slot machines and 100 gaming tables, a 374-room luxury hotel, a full-service spa and fitness centre, a 1,500-seat Avalon Theatre, dozens of dining and shopping options and over 30,000 square feet of meeting and convention space.

Fun Things To Do In Niagara Falls After The Show

I'm thinking a good freak out, mind screwing scare would be good before or after seeing Martin Short and Steve Martin! Nightmares Fear Factory has paid supervised parking on-site and is close to Fallsview Casino as well as right across the street from Casino Niagara.

Discount packages for groups of 4 or 6 are available here. You can save up tp 35% if you buy online.