If you were to pick any single street to walk down in Niagara Falls, Ontario, it would probably be the one that looked like someone had somehow managed to steal a significant amount of Las Vegas and smuggled it into Canada.

It’s a slash of colour against a peaceful skyline. A blast of noise against the roar of the nearby Niagara Falls. Clifton Hill is a fascinating tour through a slowly-modernising piece of history packed full of stories and novel attractions.

There is one, though, that’s probably going to draw your eye first.

Lighting up the night in particular, and useful for getting a lay of the land on a first visit, the Niagara Skywheel slowly spins in the south of Clifton Hill’s reach. A massive, 175-foot tall Ferris wheel, the attraction is both a relaxing and luxurious ride and a way to sort of get a feel for the attractions and layout of Clifton Hill.

So let’s take a ride.

Clifton Hill is spread out across Centre Street and Victoria Avenue, taking up a massive chunk of Niagara Falls. It hosts several different types of attraction which double as a delight for the first-time visitor while sporting enough restaurants and cafes that it can feed all comers twice.

From the Skywheel’s peak, you can see it all.

From up there on the Skywheel, perhaps at its peak, you will probably see a few buildings up on Victoria Avenue pushing out clouds of screaming, panting clients who lean on each other for support, or hold hands to try to remember what it’s like to be alive; the horror houses.

Up and down Victoria Avenue, you can find horror houses. Horror houses, such as Nightmares Fear Factory, are essentially mazes built inside warehouses. Their specific intention is to terrify the visitor into leaving before completing the course. Where Haunted Asylum, one example of such an attraction in Clifton Hill, attempts to do this via calm, psychological attack, Nightmares Fear Factory tends towards rather more direct means.

Rather closer to the base of your ride, you can see more colourful attractions; the sort to which small, enquiring minds trying to make sense of the world will receive no help at all—making them perfect for small children. 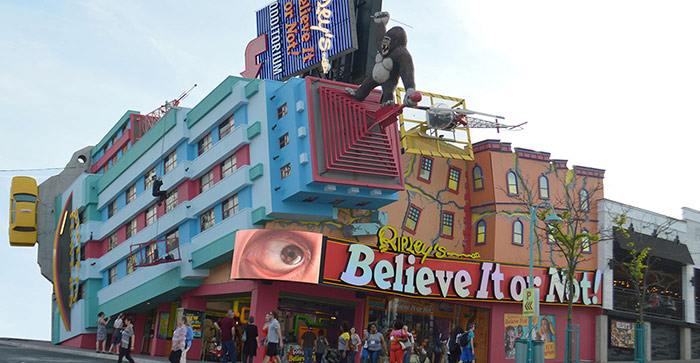 Created in the 1960s, the wax museums are as novel now as they were then, with finely crafted wax statues waiting for staring eyes. The Believe-It-Or-Not… well, you’d have to see it.

Rounding out your scan of the Clifton Hill region you are sure to notice (and smell!) several restaurants arranged liberally across the landscape. These range from simple chain restaurants to more exotic locations such as the Rainforest Café, Hard Rock Café, and the Niagara Brewing Company. 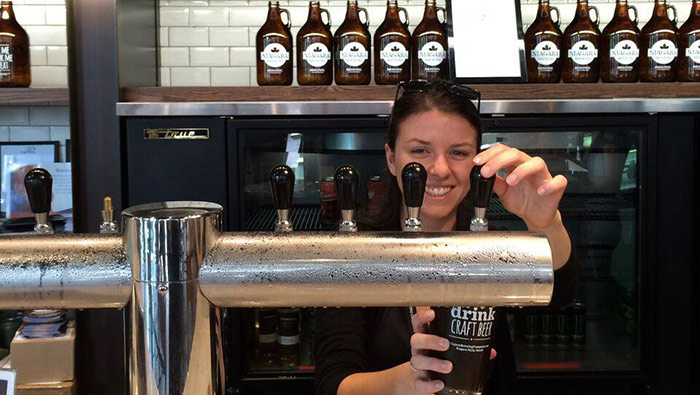 When you step off the Skywheel, then, you’ll probably already have a plan on where to go and why.