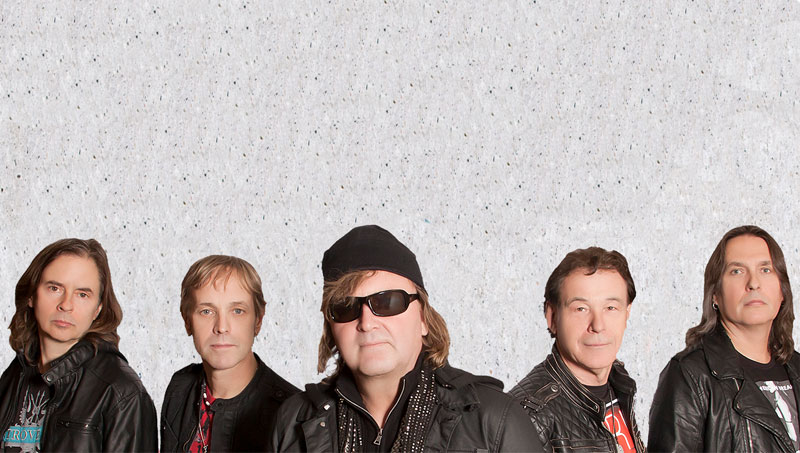 The band’s self-titled debut album was released in June 1984, featuring the chart-topping hits: “New Girl Now,” “Burning In Love,” “Wave Babies,” and “Stay In the Light.” All were written by lead guitarist and new recruit, Derry Grehan. “New Girl Now” was also Honeymoon Suite’s first single to reach the top-50 in the United States. Their follow up album, The Big Prize, was equally successful, getting coverage in the John Cusack film One Crazy Summer and the series finale of Miami Vice.

By 2002, Honeymoon Suite had performed the title track for the Mel Gibson film Lethal Weapon, toured venues all over the world, and released their fourth studio album after an 11-year recording hiatus. Today, with the original members back together, and their songs still getting plenty of play on classic rock radio, frontman Johnnie Dee and the band can’t wait to return to their roots with this upcoming Live by the Falls show.

Tickets for Honeymoon Suite, with opener Revive the Rose, are on sale right now starting at $32 (plus taxes and fees).